Royal consorts have a great impact on the queen or king becoming more successful in their duties. Despite not having any specific constitutional standing, they have continuously portrayed a significant part in the monarchy’s history. Their main responsibility is to give support and companionship during the Queen’s or King’s reign.

Prince Philip, the Duke of Edinburgh holds the historical record as the longest-reigning Prince of Britain. He died on April 9, 2021, at the age of 99. He was born in Mon Repos Estate, Corfu, Greece on June 10, 1921, to Prince Andrew of Greece and Denmark and Princess Alice of Battenberg. Their family’s exile from Greece after the Greco-Turkish War was a tragic event for them. Following the event, his mother, Princess Alice, had a nervous breakdown and it was decided that all of his sisters would be married off. He was left alone and was taken care of by his aunts, he was moved around to various schools all the way from England to Scotland. In the midst of schooling, Prince Philip discovered that his sister, Princess Cecile, had passed away in a plane crash.

On the recommendation of his uncle, Philip enrolled at the Royal Naval College in Dartmouth, England. This is where he met his third cousin, 13-year-old Princess Elizabeth (they are both great-great-grandchildren of Queen Victoria and her beloved consort Prince Albert). During World War II, Philip served in the Royal Navy in the Mediterranean and the Pacific. During this time, his relationship with Princess Elizabeth grew over time. He proposed to Elizabeth in 1946 at the royal family’s estate in Balmoral, Scotland.

In many ways, the royal family saw Philip as a safe bet seeing as he came from royalty himself. However, their romance sparked disputes among some as the palace courtiers, the royal family’s aristocratic friends, and relatives regarded him as an irrelevant foreigner, citing him as “German” (even though Queen Victoria’s mother was a German).

Despite all the turnaround controversies, Princess Elizabeth II and Prince Philip got married in November 1947. During the first year of their marriage, the couple revamped their official residence at Clarence House. They spent time in Malta as Prince Philip was serving with the Royal Navy. It was there that the couple had their children, Charles and Anne. Unfortunately, the king’s deteriorating health soon changed everything.

Elizabeth and Philip were in Kenya when they heard about the death of King George VI – who died at the age of 56 in February 1952.  With the accession of his wife to the throne at the age of 25, Prince Philip assumed the role of Queen’s consort.

Even though Queen Elizabeth’s accession occured at such an early age, she was guided by her great and trusted advisor, Winston Churchill. They maneuvered through World War II with success and the pair developed a deep and enduring friendship. 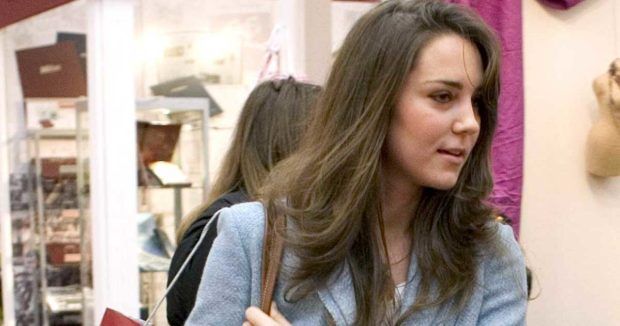 Throwback Photos of Royals Before They Became Royalty
Being a royal has its perks — from access to high-end fashion to rubbing elbows with dignitaries. If you’re born into it, you spend a lifetime being groomed — literally ...
click here to read more
Advertisement - Continue reading below
Share  On Facebook

John Wayne: A Look Into His Life

These Celebrities Turned to Normal, Everyday Jobs After Their...

The Most Successful People That Dropped Out Of School

The U.S. States Baby Boomers Are Fleeing During Retirement

These Rare Historical Photos Will Blow Your Mind

These Zoo Signs Are Insanely Funny