Why Charles And Diana Had The Wedding Of The Century

Lady Diana Spencer, better known as the “People’s Princess”, was the first British citizen to marry the heir to the throne in over 300 years. On July 29, 1981, there were 750 million people around the globe who witnessed the royal wedding of Prince Charles and Lady Diana Spencer at St. Paul’s Cathedral. Due to its extravagance, the wedding was dubbed “the wedding of the century” and it surpassed expectations, setting a new standard and sparking global fashion trends.

Diana Spencer was the daughter of Viscount and Viscountess Althorp, Edward John Spencer, and Frances Ruth Burke Roche. Before dating Diana, Prince Charles dated Diana’s older sister, Lady Sarah for just a short period of time. After only 13 meetings, he proposed to Diana with a 12-carat sapphire and 14 solitaire diamond engagement ring.

There were 3,500 distinguished guests at Charles and Diana’s wedding, held at St. Paul’s Cathedral in London. In attendance, were many individuals from royal families all around the world along with the couple’s families, the republican heads of state, politicians, diplomats, and courtiers.

The Publicity of the Wedding

The public was astonished by the media coverage months before the wedding. BBC came up with various ways for that the wedding would be televised, even going as far as to prepare subtitles for those who were hearing impaired. There was also radio coverage of the wedding with the presence of various famous commentators. The wedding was broadcasted in 74 countries and was viewed by 750 million people worldwide. However, given the excitement of the people around the world with the wedding and the proximity of having hard economic times, riots abrupted in the streets following the broadcast.

David and Elizabeth Emmanuel designed Princess Diana’s wedding dress. It was made of silk taffeta and had the longest train in royal history (25 feet), and was embroidered with 10,000 pearls – valued at £9,000.

Princess Diana had broken a few royal traditions on her wedding day causing some backlash from the royal family. One of the biggest mistakes she made was when she referred to her husband as “Philip Charles Arthur George” rather than “Charles Philip Arthur George.” Another untraditional moment occurred when the couple forgot to kiss each other after the vow, instead, kissing each other on the balcony of Buckingham Palace after the wedding ceremony happened. 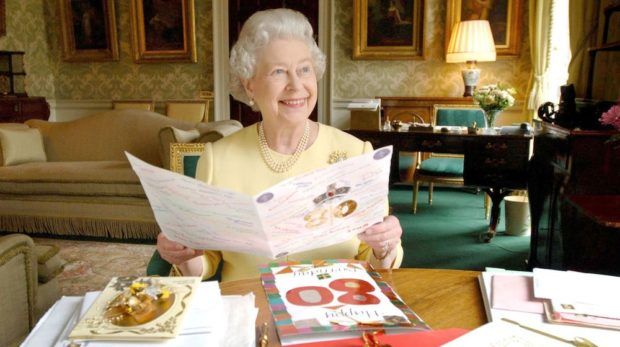 Reasons Why Queen Elizabeth Is a Glorious Grandma
Here are 20 reasons why Queen Elizabeth is actually a hip and hop grandmother. The 91-year-old Queen has racked up experiences, privileges, awards, and accolades like none other. Prince George ...
click here to read more
Advertisement - Continue reading below
Share  On Facebook

The Most Memorable Games, Plays, and Moments in Super...

All the Crazy Things Boomer Kids Did Growing up

The Worst Car Fads That Need to Go

Christopher Thomas Knight Survived in the Woods for 27...

The Highest Paid Wrestlers Of All Time

These Teachers Perfectly and Brilliantly Owned Their Students

The Most Questionable Special Effects Moments In Movie History

Pictures That Prove Princess Charlotte Is the Spitting Image...

These Are The Actors & Actresses That Passed Away...