The royal family has always been at the epicenter of the media. It seems even now, the controversies never cease.  Queen Elizabeth II – the longest-reigning queen of England, and it was certainly full of controversy. From Princess Margareth’s scandals up to Prince Charles ‘ affair with Camila, here are five major events that occurred during Queen Elizabeth’s reign.

The strike was called as a result of a breakdown in wage negotiations between the NUM and the National Coal Board of the United Kingdom. This happened when the miners’ wages were never increased even when compared to other industrial workers during that time. It was estimated that over a quarter of a million coal miners in the UK went on strike from January 9, 1972-February 28, 1972. Following the death of miner Freddie Matthews, who was crushed by a lorry while picketing, their numbers rose and the strikers occasionally became violent. When the  National Coal Board failed to satisfy their demands, the miners’ desperation fueled their determination to not give up.

The Disaster in Aberfan

On October 21, 1966, a colliery spoil tip collapsed causing the Aberfan catastrophe. The tip was built on a mountain slope above Aberfan in Merthyr Tydfil over a natural spring. This disaster swept over the city, destroying everything in its path. It was reported that on that day, almost 144,000 cubic yards of mining debris fell, killing 144 people – the majority of them children attending school in the runoff’s path. An outpouring of support for the Aberfan families swept across the country, as television crews captured what was left of the community the morning after the collapse.  Queen Elizabeth has stated that her biggest regret was not arriving in Aberfan sooner.

Charles and Camilla were famous for maintaining their affairs through both of their marriages. It took over 30 years for the two to become a couple publicly and legally. Camilla is said to have met Prince Charles at a polo match in Windsor Great Park in 1970. The 23-year-old prince was immediately smitten, but their subsequent relationship was difficult. Camilla was seen by the royal family as an unsuitable match for the heir to the throne since she was a commoner with public dating history. 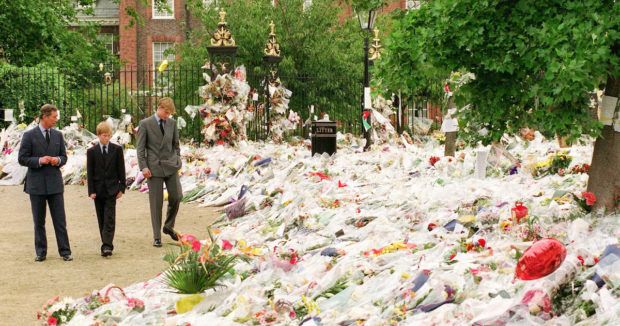 The Royal Family's Tumultuous Modern History in Photos
For centuries the British royal family have been one of the world’s most well-known and revered monarchies. However, in the modern age (post-World War II), the family’s image has gone ...
click here to read more
Advertisement - Continue reading below
Share  On Facebook

‘Sex and the City’ Fun Facts: What Happened Behind...

Wacky Toys Everyone Played With Growing Up

Three’s Company: What Really Happened Behind The Scenes?

Forecast: Home Style Trends That Will Be Everywhere in...

‘All in the Family’ Facts You Didn’t Know

Stars Who Fell From Grace After Public Controversy

Steer Clear of Planting These Troublesome Trees in Your...

Actors That Hated Their Own Movies