After King Edward III willingly abdicated the crown to marry an American divorcee Wallis Simpson, King George VI succeeded the throne in 1936. King George VI’s reign was in a full page of World War II. He worked really hard to protect the country and his family, simultaneously. He attempted to lift the spirits of the British people by traveling to war zones, delivering a series of morale-boosting radio broadcasts, and foregoing the safety of the countryside to stay with his family in Buckingham Palace.

In late January of 1952, King George was well enough to see off his eldest, Princess Elizabeth, and her husband, Prince Philip at the airport as they left on a royal tour in Africa. He flew to Norfolk with his wife and his second daughter, Princess Margaret, the next day. In his last moments, King George VI spent his morning and afternoon shooting at Sandringham House and had a dinner party followed by a walk, earlier in February 1952. He was not in a good shape; a malignant tumor had forced surgeons to remove his entire left lung months before. On February 6, however, a servant carrying the King’s morning cup of tea discovered him dead in his bed at 7:30 a.m.

King George VI died with a great legacy in Britain. Despite his aversion to being king, he was described by most to be a dedicated and conscientious ruler who ascended to the throne at a time when the public’s heart towards the monarchy was at an all-time low.

Princess Elizabeth at that moment was still 25 years of age. She was with Prince Philip at Sagana Lodge in Nyeri, Kenya. Elizabeth kept on telling him how well her father was at their breakfast. However, an hour later, Granville Roberts, an East African Standard correspondent at the Outspan Hotel, received a phone call from Nairobi. He discovered that the King had died.

Roberts coordinated with Martin Charteris, Elizabeth’s secretary, through phone call and confirmed the report. Martin was so out of words about it that he decided not to tell the king until he knew more. He eventually informed Prince Philip and the Prince approached his wife at 12:45 p.m. (Greenwich Mean Time) to inform her of her father’s death—and her subsequent assumption to the British crown.

Entertainment outlets were forced to close, and the BBC canceled all programs and saved everything relating to the King’s death. All flags were flown at half-mast. The new Queen of England arrived home in all black on February 7 at 4:30 p.m. The prime minister, Winston Churchill ordered the public to be quiet and give privacy to the queen’s arrival.

Elizabeth formally became the queen and head of the commonwealth on February 8. Her coronation took place on June 2, 1953. She is the sixth queen to have been crowned in Westminster Abby and is the longest-reigning British monarch. 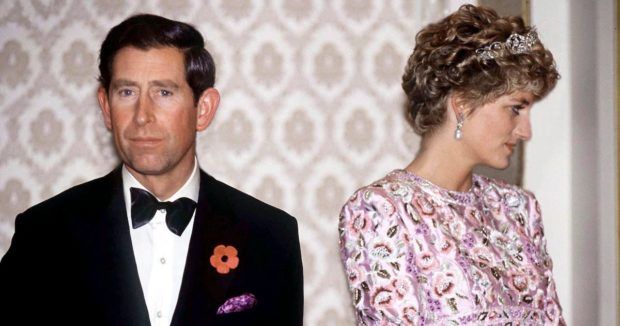 Scandals That the Royal Family May Never Live Down
To many, the British royal family epitomizes class, pride, and decorum. But under that veneer, they’ve experienced a great deal of royal family scandals. The royals are no less privy ...
click here to read more
Advertisement - Continue reading below
Share  On Facebook

The Greatest Sitcoms of All Time

Fascinating Facts About You Never Knew About Russia

What the Pentagon Really Thinks About UFOs

Every American Retailer Facing Bankruptcy Thanks To The Pandemic

These Giant Retailers Have all Closed Stores in Recent...

CGI Transformed These Celebrities Into Older Versions of Themselves

Couples Recreating Their Old Photos Will Melt Your Icy...

Easy Ways to Clean the Things in Your Home...

Where Our Favorite ’60s Movie Stars Are Today