Why Royal Women Gave Birth In Front of Crowds

Royal families have pursued a variety of cultural practices that were very separate from regular people’s lives since the dawn of time. Many of these odd customs are associated with birthing practices. For centuries, royal ladies, for example, were expected to deliver their children in front of enormous crowds.

The delivery of a royal baby was regarded as so significant that it required witnesses: queens frequently labored in front of large crowds, which we’re sure only added to the anxiety and anguish during childbirth.

The entire process shrouded the birth of a royal child in secrecy, distinguishing royal births from regular birthing customs and creating a unique festive ritual in which members of civil society congregated to greet the newest royal.

Royal families‘ power has dwindled in recent years. In the past, royal families’ daily lives were socially relevant and had repercussions for royal subjects. As a result, the birth of a royal child was a significant political event.

A royal child was so significant to royal families that their birth requires public witnesses to assure that a living royal child is not substituted by a dead royal child.

On November 1, 1661, Queen Marie-Therese, King Louis XIV of France’s meek Spanish wife, went into labor. The calm royal rooms in which the Queen had been ceremonially confined for days began to fill with princesses, dukes, and countesses as soon as her contractions began.

Outside the palace remained a carnival-like atmosphere. In Love and Louis XIV, Antonia Fraser writes, “Spanish performers and musicians danced a ballet under the royal windows, using harps but also guitars and castanets to remind Marie-Therese of her native land.” It was thought that the Spanish sounds would distract the wretched queen, who was wailing in her native tongue, “I don’t want to give birth, I want to die.”

After 12 hours of pain, the Queen gave birth to a healthy child named Louis de France. Courtiers in the inner chambers used their caps to signal the baby’s sex to those in the outer chambers. King Louis XIV exclaimed from the window of the courtyard below that the Queen had given birth to a boy. 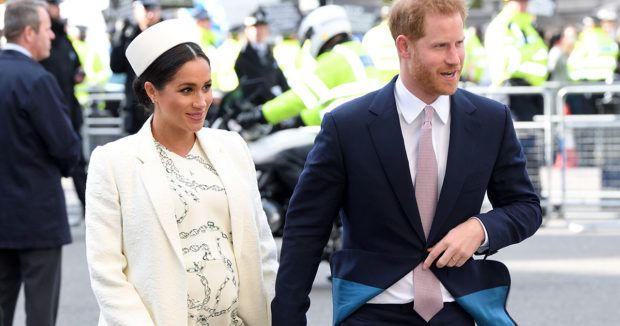 Everything to Know About Prince Harry and Meghan Markle's Royal Baby
For any family, the countdown to a newborn baby is an exciting time. For the birth of a royal baby into England’s royal lineage, it’s a show-stopping event the world ...
click here to read more
Advertisement - Continue reading below
Share  On Facebook

Crazy Subway Photos Will Have You Wondering If You’ll...

The Most Overrated Singers of All-Time

The Most Hilarious Welcome Home Signs Spotted at Airports

These Genius Vaseline Hacks Will Make Your Life Infinitely...

The Most Famous Stars Gone Too Soon

These Colleges Are Responsible for Producing the Most Billionaire...

Amazing Images of Forced Perspective Will Change How You...