One of the most controversial highlights of media and pop culture is the royal family. Although they are raised to be inclined by the rules in order for them to lead the nation effectively, there are members of the family who chose love over the title. It seems that it is indeed true that love conquers all, and it is the most compelling force in the world.

Princess Margaret, Countess of Snowdon is one of those who opted to follow her heart. She had been involved in numerous scandals due to multiple romantic relationships that made the people and media criticize her as well as the royal family. Here are some of her roller coaster ride love affairs:

Their love story is one of the most heart-breaking occurrences in the royal family. Princess Margaret was still at the young age of 22 when she fell in love with Peter Townsend, 38. She and Townsend were first seen and confirmed the swirling rumors of them dating during the coronation of Queen Elizabeth II in 1953 at Westminster Abbey. When the princess was waiting outside Westminster Abbey, she was seen removing a piece of fluff from Townsend’s uniform. After this small gesture, the news was quickly printed in newspapers all over the world. Their desire of being married caused a conflict between the government and the public, which put Queen Elizabeth II in the middle of nowhere with her decision.

The palace made some decisions that would help Princess Margaret. Since Margaret was under the age of 25, the Queen made them separate for two years however, speculation about their relationship persisted. After two years apart, the couple was reunited in 1955, but despite Margaret’s age, they were still not allowed to marry. The royals decided that if the princess insisted on marrying Townsend, she would lose all royal privileges as well as her income. This put Margaret in an impossible position, and on October 31 of the same year, the princess made her decision clear that she would put her royal duty over herself.

Their relationship was well-known to the public and media. They announced their engagement on the 26th of February,1960. The royal family liked Armstrong-Jones very much because he showed good manners, and got along really well with Prince Charles as well as the Queen Mother. Their marriage was a dream until their second child was born.

Anthony’s passion for work opposes Princess Margaret’s desire of having a well-assembled family. Their relationship finally hit rock bottom when both of them were having affairs. What put the final nail in the coffin was when the princess found out that Anthony had an extramarital affair with Lady Jacqueline Rufus-Isaacs. In 1978, it was announced by Kensington Palace, that the royal couple would divorce. 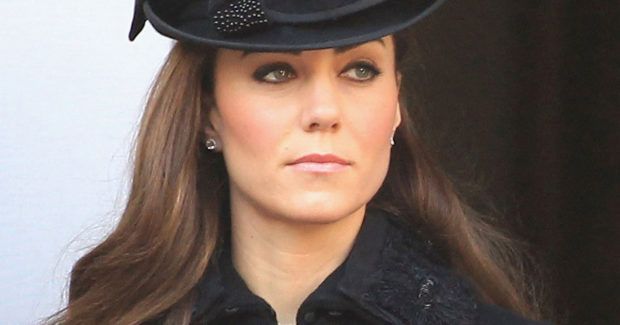 Royal Family Rules They Can't Break; Which Are Myth and Superstitions?
The list of English monarchy dates back more than 1,000 years. Due to its longevity, many kings and queens reigned at a time when advanced scientific knowledge wasn’t available. Additionally, ...
click here to read more
Advertisement - Continue reading below
Share  On Facebook

The Hilariously Creative Bathroom Signs From Around The World

The Most Common Scams To Be On The Lookout...

Quarantine Memes So Funny We Could Just Cry

These Celebrity Doppelgangers Made Us Do a Double Take

The Wives and Girlfriends of NASCAR Drivers

Where Are the Stars of the ‘Harry Potter’ Films...

These Are the Prettiest Drives in America

Beware Those Who Enter! Super Creepy Places You Can...

These Offensive Products Were Pulled From Store Shelves

Actors Who Were Incredible Athletes

The Best Comic-Con Cosplay Outfits Ever