Surprising Things You May Not Know About Queen Elizabeth II

In early 2017, Queen Elizabeth II became the first British monarch to reign for 65 years, an occasion known as the Sapphire Jubilee. She has lived in the spotlight practically since birth, and began her reign as queen when she was just 25.

Nonetheless, there’s still much we don’t know about the private royal. Affectionately referred to as “Gan-Gan” by everyone’s favorite little prince (Prince George, obviously), Elizabeth is still able to surprise us a bit, even after all this time. As we head into what will surely be a busy year for the British royal family, check out these 10 Queen Elizabeth facts about Britain’s longest-reigning monarch.

She is the oldest monarch to have a Golden Jubilee.

Queen Elizabeth celebrated the Golden Jubilee in 2002, at age 76. The celebration marked 50 years on the throne. Here she receives flowers from Jessica Atfield, 3, after a church service at St Peter and St Paul in Norfolk in which she celebrated her Sapphire Jubilee.

She “created” a new dog breed.

We all knew that HRH is a dog lover, but this is next-level love. Elizabeth has had more than 30 corgis during her reign. But apparently there’s room in her dog-loving heart for another pup, too — the dorgi, a corgi-dachshund crossbreed. The story goes that one of her corgis mated with Pipkin, Princess Margaret’s dachshund. While corgis and dorgis are her obvious favorites, the queen also owns a number of labradors and cocker spaniels.

She practically has a menagerie.

Apparently the monarchy is a real zoo. No? Too corny? OK, we’re sorry, but it’s kind of true. Queen Elizabeth technically owns all the whales, dolphins, and sturgeons found in UK waters. She also owns the swans in the River Thames, which she is able to keep a closer eye on via her royal swan keeper. Who even knew that was a thing?

She said “yes” to the dress (coupons)!

Elizabeth and Prince Phillip became engaged in 1946. Despite her royal status, she was still subject to the post-war rationing imposed on all British citizens. As a result, the queen had to save her clothing coupons to buy the material needed for her dress. Only — surprise! — she didn’t have enough. Luckily the British government stepped in and gifted her 200 coupons, helping to pay for the ivory silk needed to make Elizabeth’s classically beautiful dress. The dress was encrusted with 10,000 American seed pearls and had a 13-foot train.

She was a radio star before ascending to the throne.

Although Elizabeth was somewhat thrown into her position as queen when her father died suddenly from lung cancer (King George was thought to be in remission), she wasn’t without practice. In addition to the royal education she’d received as a child, she also learned to address the media. The queen gave her first national radio address at just 14 years old! At Prime Minister Winston Churchill’s request, Princess Elizabeth delivered a “morale-boosting” radio speech during WWII.

She was the victim of a minor crime wave in the early 80s.

Queen Elizabeth had her fair share of adventure in the early 1980s, though she probably would have preferred to skip it! In 1981, as she rode to her Trooping the Colour birthday ceremony, Elizabeth was shot at by teenager Marcus Sarjeant (right). He got off six rounds before being disarmed and wrestled to the ground by a combination of police officers and onlookers. Alas, the show must go on! The ceremony continued comparatively uneventfully, and Sarjeant was charged with treason and sentenced to five years in prison, of which he served three.

If that wasn’t traumatic enough, 1982 saw the queen get even more up close and personal with looney subjects. In the wee hours of the morning on July 9, 1982, HRH woke up to a strange, bleeding man (Michael Fagan, pictured left) sitting on her bed. She tried to call the police, but they didn’t respond. In fact, in breaking into various parts of Buckingham Palace, Fagan had set off numerous alarms, each of which was dismissed as being a false alarm and disabled. Eventually a chambermaid showed up and found a footman to help and subdue Fagan, who served a mere six months in a psychiatric facility for his offense. Let’s hope they beefed up security after that.

So many rules! So many regulations! Being a reigning sovereign obviously comes with its share of headaches, but there are a few perks, too. For one, the queen is the only British citizen who can drive without a license. She’s not required to take a driving test or register her car, either. You may be thinking, “Well, that’s fine.” Surely she has a passport for the rare occasion when she’d need to prove her identity — is there such an occasion? Who in the developed world doesn’t recognize the freaking Queen of England? You’d be wrong. She doesn’t have a passport either; since British passports are issued in her name, she’s not required to carry one. The other royals don’t get these perks, though, so don’t be too jealous.

Speaking of driving, Elizabeth learned in 1945 when she joined the women’s branch of the British army, the Auxiliary Territorial Service. Second Subaltern Elizabeth Windsor trained in London to be an army mechanic and truck driver. Besides the honor of serving one’s country in its time of need, Queen Elizabeth’s army career earned her two other honors: She is the only female royal to have served in the armed forces, and she is the only surviving head of state to have served in WWII. Here she is doing mechanic work in 1944. Go Liz!

The queen fancies herself a photographer, and she often is seen with her face to the viewfinder, capturing photos of her family. Who knew? Here, she’s seen taking a photo at the Royal Windsor Horse Show in 1982.

She has allllll the birthdays.

OK, not that many — just two. Still, that’s twice as many as the rest of us mere, non-reigning mortals. Though actually born on April 21, 1926, Queen Elizabeth also celebrates an official birthday in June. Why does she have two born days? Well, whiny King George II didn’t want to hold a birthday parade during the cold British winter (he was born in November), so he combined his birthday with the annual spring military parade, Trooping the Colour, in 1748. Here she is as an infant with the late Queen Mother.

If you love the Queen, be sure to SHARE these 10 Queen Elizabeth facts people don’t know with all of your friends! 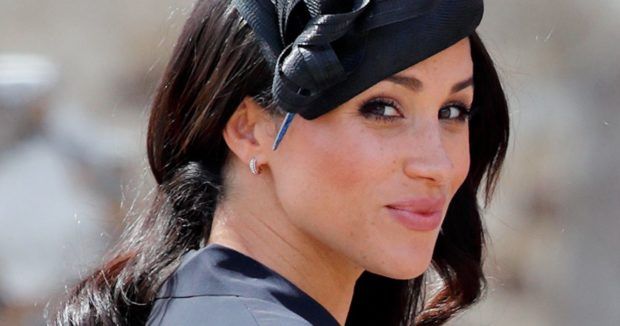 Facts About Don Knotts You Haven’t Heard Before

Wonder, Power, Courage: Behind the Scenes of ‘Wonder Woman’

Harmful Things You Do to Your Pet Without Realizing...

‘I Dream of Jeannie’ Behind The Scenes Facts

We Bet You Don’t Know the Actual Purposes of...

This is How Much the Biggest Soap Stars Are...

The Craziest, Most Memorable Moments of ‘The Price Is...

Stars Who Had Kids Out Of Wedlock

The Crazy Truth About the Real Wild West

Passive Aggressive Office Notes That Are Too Funny to...