The Royal Milestones Of Kate Middleton

The Duchess of Cambridge, also known as Kate Middleton, has spent a decade as a member of the royal family and just under two years as a global celebrity.

History has shown that marrying into the monarchy—and then staying in it—is a difficult task. Nonetheless, at the age of 40, the Duchess of Cambridge is in good shape and set to inherit the title of queen consort one day. Looking back on her life, especially the decade after she married William, it’s evident that she was maturing into these roles. A timeline of her major milestones on her royal journey thus far is provided below.

On April 29, 2011, Kate Middleton married Prince William in Westminster Abbey. At the time, 27 million people in the United Kingdom and 23 million in the United States were watching. The newly named Duke and Duchess of Cambridge are a watershed cultural moment in many ways: they not only represent the next generation of Windsors, but they also restore the public’s trust in royal fairy-tale romance following Charles and Diana’s disastrous marriage. For the first time in a long time, the monarchy feels, well, wonderful.

It’s not easy to become a member of the Royal Family, but Kate Middleton proved she was up to the effort on her first engagement with Prince William, just months before their 2011 wedding.

The two went to Trearddur Bay RNLI Lifeboat Station for the Atlantic 85 Lifeboat Hereford Endeavour’s naming ceremony and dedication service. Kate christened the boat with a bottle of champagne to commemorate the occasion.

Kate and Prince William welcomed their first child, Prince George, in July 2022. It’s their first child—and the heir to the throne of the United Kingdom. Outside Buckingham Palace, an official proclamation of the birth is displayed on a gilded easel. Many people gather outside London’s St. Mary’s Hospital, waiting for news.

With the beginning of their Heads Together campaign, Prince William, Prince Harry, and Kate Middleton have made significant progress in raising awareness about mental health. Kate, on the other hand, was the one who came up with the concept originally.

The Queen bestows the title of Dame Grand Cross of the Royal Victorian Order on the Duchess of Cambridge on her ninth wedding anniversary with Prince William. It symbolizes the monarchy’s internal regard and support for the duchess.

June 2021 – Creation of the Royal Foundation Center for Early Childhood

Kate launched her legacy project, The Royal Foundation for Early Childhood, in 2021, along with the report Big Change Starts Small, in the hopes of “transforming society for generations to come,” after spending much of her time as royal learning about how challenges such as mental health and homelessness can affect a child 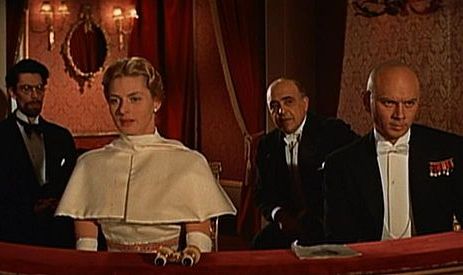 You Haven’t Seen It All Until You’ve Seen These...

The Most Popular TV Show From the Year You...

‘I Love Lucy’ Facts Producers Didn’t Want You To...

These Abandoned Military Bases Will Leave You Speechless

From the Plague to Coronavirus: The Most Devastating Disease...

Reshoot! The Funniest Photobombs on the Internet

Catching Up With The Cast Of Coyote Ugly: 20...

Beauty Pageant Controversies That Everyone Forgot About

Military Memories That Only the Veterans Will Understand

‘I Love Lucy’ Datos divertidos que no has escuchado...

The Most Daring Red Carpet Looks in Grammy Awards...

These Celebrities Were Homeless Before They Were Famous