Queen Elizabeth has made her mark on history by being the longest-reigning queen in British. She was born on April 21, 1926, in Mayfair, London, United Kingdom. Following her uncle’s abdication and her father’s death, Queen Elizabeth was entrusted with the crown, ushering in a historic reign. Throughout her reign, she was expected to be perfect in the public at all times.

Behind the scenes, she was described as a woman with many talents and interests including public speaking, horseback riding, and photography. She was described as a reserved woman by many as she is not known for sharing her thoughts with the public on any difficult issues. Queen Elizabeth has had a consistently high rating with a 90% approval rating in the United Kingdom recorded in 2012. Just recently, on February 6, 2022, the United Kingdom honored the queen with the Platinum Jubilee which marks her 70 years of service to the British Commonwealth.

In line with the celebration, here are some of the remarkable occurrences during Queen Elizabeth’s reign:

Queen Elizabeth’s coronation ceremony took place at Westminster Abbey on June 2, 1953, and was the first-ever coronation to be televised. The ceremony was witnessed by 27 million people in the United Kingdom through television, 11 million on the radio, and a million more people around the world. Following that, there were 3 million people lined up on the street as the queen and her entourage made their slow procession back to Buckingham Palace.

It was on October 21, 1966, when an avalanche of mud, water, and debris from a coal mine buried an elementary school in the South Wales village of Aberfan, killing 116 children and 28 adults. Though it was Prince Philip who arrived in Aberfan a day after the disaster, the queen was able to follow through after eight days, fearing that her presence would distract from the rescue and recovery efforts. It was revealed in 2002 by some of the Queen’s close friends including her former private secretary, Lord Charteris, who have said she regrets not visiting Aberfan sooner.

May 27, 1965 – Queen Elizabeth has maintained her busy schedule of diplomatic duties which include the 10-day visit to the Federal Republic of Germany specifically in the West. This visit marks the first British royal visitation since 1913. This also coincided with the 20th anniversary of the end of World War II, symbolizing the appeasement between the two countries.

On June 7, 1977, Queen Elizabeth and Prince Philip rode in the Gold State Coach from Buckingham Palace to St. Paul’s Cathedral to officially mark the queen’s 25th year. The queen stated her devotion to her service by saying that even though she started this job as a novice, she did not regret a single moment of it. 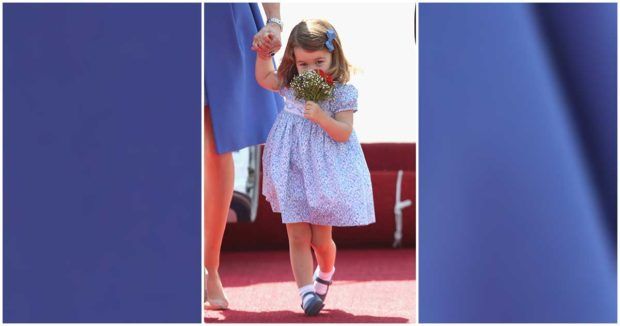 Did You Catch These ‘Bonanza’ Mistakes When You Watched...

This Is How Australia Will Kill You — or...

These Old Shows Were Deemed Too Controversial for a...

‘Duck Dynasty’ Secrets and Controversies That You May Not...

The Biggest Celebrity to Come Out Each State

Fascinating Facts About You Never Knew About Russia

Discover All the Incredible Things Coca-Cola Can Do Around...

These Poorly Aging Celebrities Look Nothing Like Their Former...