The royal family’s relationships have always been a main interest by the British media. One of the most central topics the media focusses on regarding the royal family is the authenticity of the relationship between Prince William, Duke of Cambridge, and Catherine Middleton, Duchess of Cambridge. People may think it’s a fairytale story, but there is much more to their story than what many think.

It all started more than ten years ago, Prince William was admitted to Andrews University in Scotland. William’s entrance into the school was documented with a frenzy of photographers clambering over one another just to obtain photos of the young prince.

During this time, Middleton had secretly relocated to St. Salvator’s Hall. William frequently bumped into Middleton in the corridors while they both studied art history. Over the course of the semester, they became close as they often had breakfast with friends, and bonded over their shared passion of skiing. Although the two were in the same friend group, romance wasn’t in the cards right off the bat.

Sparks began to fly during their second semester, when Kate, the modest, girl-next-door type became the talk of the town after walking down a catwalk for a charity fashion show dressed in lingerie. William was allegedly heard in the front row, admiring Kate’s beauty to all his friends.

The following year, William and Kate still remained friends. However, people began to notice a budding romance between the two over the next few months. Having a tiny campus, rumors about the pair quickly spread. Soon, almost everyone at St. Andrews was aware of their couple status, and stories spread around the world. Reporters soon descended on the Middleton family’s house. In March 2004, the two were photographed skiing together in the Swiss Alps and Middleton was quickly thrust into the spotlight, where she has remained since then.

While William was at university, the British press consented to a publicity embargo, allowing William and Kate to date (kind of) quietly. Kate’s non-aristocratic origins provided plenty of material for the tabloids. Her family was dubbed “the Middle-Class” and Kate’s work ethic was brought into question. In 2007, the pair seemed to hit rock bottom as tabloids insessantly photographed William out partying with friends. The couple decided to split in springtime. Fortunately, they found their way back together. At the foothills of Mount Kenya in October 2010, Prince William proposed to Kate with his mother’s ring. 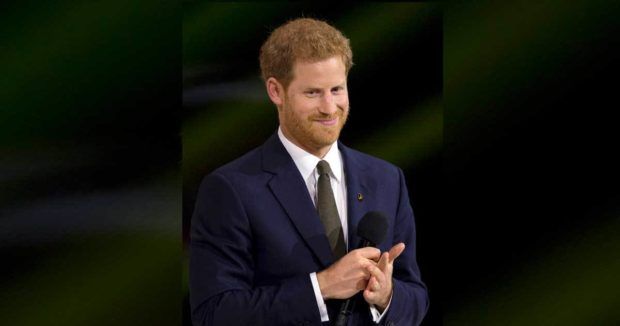 The Sad Realities of Cruise Ships That Never Match...

These Abandoned Military Bases Will Leave You Speechless

Our Favorite Netflix Shows Being Cancelled

Wacky Photos of Things You’ll Only See in Australia

These Superfoods Are Proven to Help You Lose Weight

American Expats are Flooding these Countries

These Clever Marketing Tactics Will Have You Laughing Out...

Wacky Inventions That Could Only Have Come From Japan

Hilarious Fishing Photos That Were Captured at Just the...

The Mighty Ducks: Then and Now